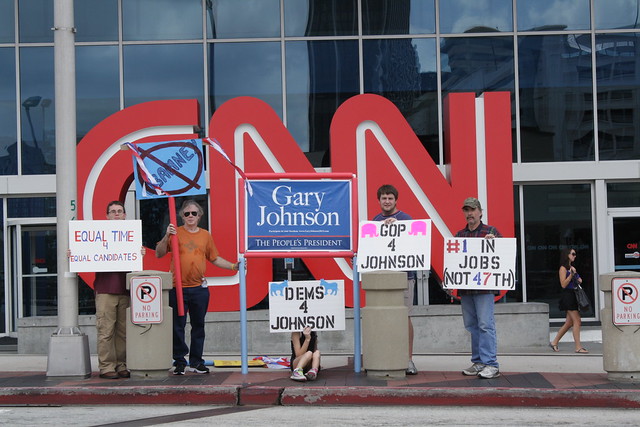 With the swift departure of Senator Ted Cruz from the Republican primary race tonight the big question will be, “Where do the #NeverTrump guys go?”

Well the answer to that question is quite simple, his name is Gary Johnson and he is the presumptive nominee of the Libertarian Party for President.  He is the third option in this Presidential election, and the only third option that will satisfy disaffected Republicans looking for a home.

Despite the number of candidates running for the Libertarian nomination, there is one clear frontrunner and presumptive nominee.  The Libertarians meet in their national convention at the end of this month and Governor Gary Johnson will once again be the nominee of the party.  He currently has the most delegate support that has declared their intentions and will achieve a majority from the remaining delegates.

The Governor has already been appearing on national news outlets spreading the message of liberty and the principles of a smaller government. He has already polled in double digits when pitted against Donald Trump and Hillary Clinton in a general election match-up and has the ability to draw support from both Republicans and Democrats.

(Read more of our endorsement for the Governor here)

The #NeverTrump crowd has the ability to keep their movement going, and the logical choice is the Libertarian Party.  Get on board and join the cause of Liberty and Freedom!

View all posts by Robert Bentley